A song silenced by Charles Chaplin

"The human heart has hidden treasures, in secret kept, in silence sealed;
The thoughts, the hopes, the dreams, the pleasures,
Whose charms were broken if revealed."
Charlotte Brontë 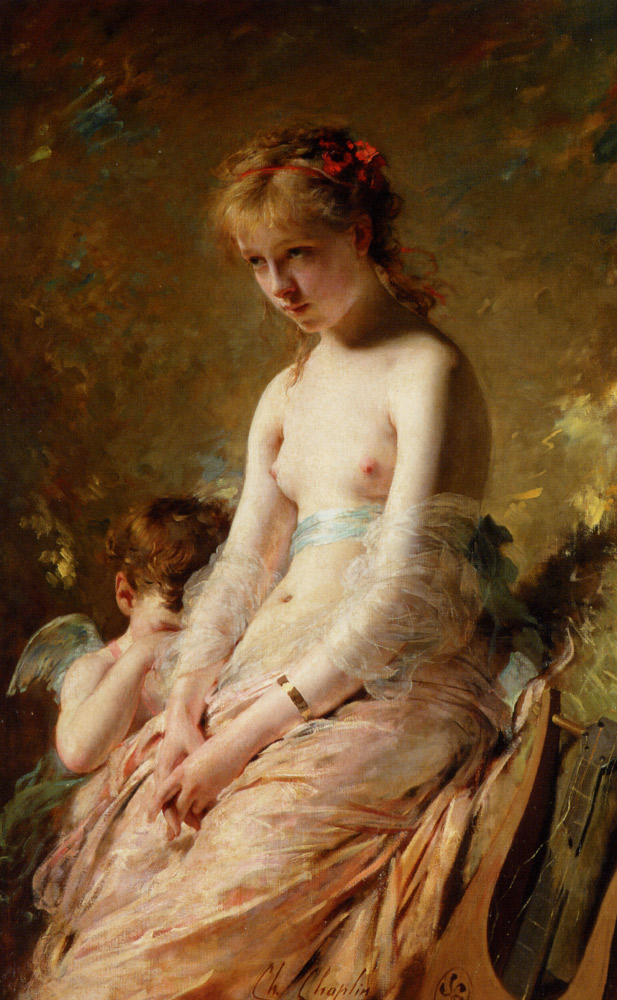 About Charles Joshua Chaplin
Charles Joshua Chaplin (8 June 1825–30 January 1891) was a French painter and engraver. At the age of fourteen he became a pupil of the painter Drolling in Paris, and settled in Auvergne to become a landscape painter. But the figure had an irresistible attraction for him, and like Kray, who also commenced by painting landscapes, he gradually abandoned his first choice of pursuit for the nobler and more enticing one. His success as a painter of portraits, and especially of portraits of women, continued until his death. Meanwhile he painted many imaginative compositions, in the coquettish and seductive style of Boucher, to which class "The Lyre" belongs, and executed decorative work for great mansions and palaces, especially for the Tuileries and the Elysee.
Posted by Miky at 20:46