“...I give you the mausoleum of all hope and desire...I give it to you not that you may remember time, but that you might forget it now and then for a moment and not spend all of your breath trying to conquer it. Because no battle is ever won he said. They are not even fought. The field only reveals to man his own folly and despair, and victory is an illusion of philosophers and fools.”

William Faulkner
Posted by Miky at 07:18 No comments: Links to this post

“They are endless wheatfields under a cloudy sky, and I have not hesitated to attempt to express sadness and the deepest loneliness.”
Vincent van Gogh

This is one of the most famous works of Vincent van Gogh, a dramatic painting commonly associated with the artist’s suicide, which happened a few weeks later. Contrary to what is commonly thought, it is almost sure that this was not Van Gogh's last painting.

The representation of the wheat fields of Auvers-sur-Oise under different atmospheric conditions was one of Van Gogh’s favorite subjects during the last months of his life. In addition to the famous painting "of the crows", the artist painted "Wheatfield under a stormy sky", in a canvas of the same dimensions as this one, as well as several smaller pictures. But "Wheatfield with Crows" is unique for its vigorous strokes, its dark stormy sky -accentuating the contrast with the yellow wheat- and the presence of the crows, which has given rise to numerous interpretations.

The paths: It's not a difficult leap to symbolically equate the separate paths in Wheat Field with Crows with the paths, past and future, of Van Gogh's own life. The paths are basically comprised of three sets: two in each foreground corner and a third in the middle winding toward the horizon. The left and right foreground paths defy logic in that they seem to originate from nowhere and lead to nowhere. Some have interpreted this as Van Gogh's own ongoing confusion about the sporadic direction his own life had taken. The third, middle path has remained the most fertile for symbolic interpretation. Does the path lead anywhere? Does it successfully transverse the wheat field and seek new horizons? Or does it, in fact, terminate in an inescapable dead end? Van Gogh leaves it to the viewer to decide.

The sky: From his earliest years as an artist Van Gogh was fond of scenes involving stormy skies . Van Gogh held a great deal of respect for the forces of nature and includes turbulent skies in a number of his works because the subject is so powerful and so full of artistic potential in the face of an empty canvas. Furthermore, Van Gogh once wrote about the liberating possibilities of storms: "The pilot sometimes succeeds in using a storm to make headway, instead of being wrecked by it." . Of course, as the years passed and Van Gogh's own mental state of well being became more battered, his perceptions toward nature may have darkened. Nevertheless, it can be argued that Van Gogh perceived storms as a vital and positive part of nature (admittedly, at least as he suggests in his earlier letters).

The crows: Perhaps the most powerful image within Wheat Field with Crows is that of the crows themselves. Again, much symbolic interpretation has sprung from the depiction of the flock of crows. Much of the speculation hinges on whether the crows are flying toward the painter (and, hence, the viewer) or away from him. If the viewer chooses to perceive the crows flying toward the foreground, then the work becomes more foreboding. If away, then a sense of relief is felt.
Posted by Miky at 06:34 No comments: Links to this post

Opium by Dead Can Dance

Posted by Miky at 06:14 No comments: Links to this post

Dreams of a Dark Warrior ...

“Let me tell you a few things about regret...There is no end to it. You cannot find the beginning of the chain that brought us from there to here. Should you regret the whole chain, and the air in between, or each link separately as if you could uncouple them? Do you regret the beginning which ended so badly, or just the ending itself?” 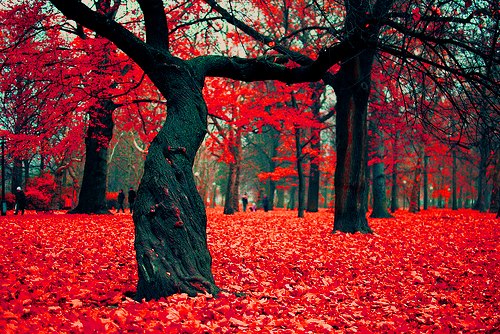 Posted by Miky at 05:53 No comments: Links to this post

“How do you pick up the threads of an old life? How do you go on, when in your heart, you begin to understand, there is no going back? There are some things that time cannot mend. Some hurts that go too deep ... that have taken hold. ~Frodo”

Posted by Miky at 06:39 No comments: Links to this post