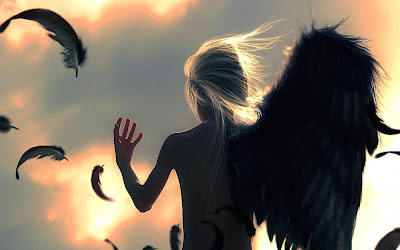 Posted by Miky at 22:04 No comments: Links to this post

“Stood in firelight, sweltering. Bloodstain on chest like map of violent new continent. Felt cleansed. Felt dark planet turn under my feet and knew what cats know that makes them scream like babies in night.

Looked at sky through smoke heavy with human fat and God was not there. The cold, suffocating dark goes on forever and we are alone. Live our lives, lacking anything better to do. Devise reason later. Born from oblivion; bear children, hell-bound as ourselves, go into oblivion. There is nothing else.

Existence is random. Has no pattern save what we imagine after staring at it for too long. No meaning save what we choose to impose. This rudderless world is not shaped by vague metaphysical forces. It is not God who kills the children. Not fate that butchers them or destiny that feeds them to the dogs. It’s us. Only us. Streets stank of fire. The void breathed hard on my heart, turning its illusions to ice, shattering them. Was reborn then, free to scrawl own design on this morally blank world. " 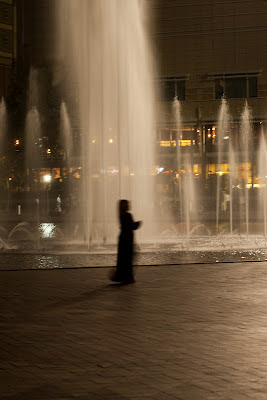 Posted by Miky at 22:35 No comments: Links to this post

"We walk alone through this world, but if we’re lucky, we have a moment of belonging to something, to someone, that sustains us through a lifetime of loneliness." 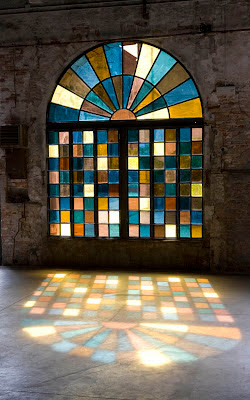 Posted by Miky at 22:19 No comments: Links to this post

"With me, the present is forever, and forever is always shifting, flowing, melting. This second is life. And when it is gone it is dead. But you can't start over with each new second. You have to judge by what is dead. It's like quicksand... hopeless from the start. "


Enigma - Knocking on forbidden doors
Posted by Miky at 23:35 No comments: Links to this post

"Some make their worlds without knowing it. Their universes are just sesame seeds ...

... and books dropped in bathtubs

... and holes in guitars

... and the history of the Vikings

... and the impossibility of not falling in love in an art museum with the person standing next to you looking at the same painting

... and all the other things that just happen and are."

Posted by Miky at 21:48 No comments: Links to this post

One Door Away from Heaven ...

"So, now I shall talk every night. To myself. To the moon. I shall walk, as I did tonight, jealous of my loneliness, in the blue-silver of the cold moon, shining brilliantly on the drifts of fresh-fallen snow, with the myriad sparkles. I talk to myself and look at the dark trees, blessedly neutral. " 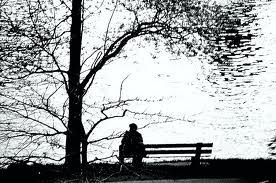 Posted by Miky at 22:11 No comments: Links to this post

" The dark is generous.
Its first gift is concealment: our true faces lie in the dark beneath our skins, our true hearts remain shadowed deeper still. But the greatest concealment lies not in protecting our secret truths, but in hiding from the truths of others.
The dark protects us from what we dare not know.
Its second gift is comforting illusion: the ease of gentle dreams in night’s embrace, the beauty that imagination brings to what would repel in the day’s harsh light. But the greatest of its comforts is the illusion that dark is temporary: that every night brings a new day. Because it’s the day that is temporary.
Day is the illusion.
Its third gift is the light itself: as days are defined by the nights that divide them, as stars are defined by the infinite black through which they wheel, the dark embraces the light, and brings it forth from the center of its own self.
With each victory of the light, it is the dark that wins.


The dark is generous, and it is patient.
It is the dark that seeds cruelty into justice, that drips contempt into compassion, that poisons love with grains of doubt.
The dark can be patient, because the slightest drop of rain will cause those seeds to sprout.
The rain will come, and the seeds will sprout, for the dark is the soil in which they grow, and it is the clouds above them, and it waits behind the star that gives them light.
The dark’s patience is infinite.
Eventually, even stars burn out.


The dark is generous, and it is patient, and it always wins.
It always wins because it is everywhere.
It is in the wood that burns in your hearth, and in the kettle on the fire; it is under your chair and under your table and under the sheets on your bed. Walk in the midday sun, and the dark is with you, attached to the soles of your feet.
The brightest light casts the darkest shadow.


The dark is generous and it is patient and it always wins – but in the heart of its strength lies its weakness: one lone candle is enough to hold it back.
Love is more than a candle.
Love can ignite the stars."

Posted by Miky at 22:37 No comments: Links to this post

“If I had to tell you how humans made their way to Earth, it would go like this: In the beginning, there was nothing at all but the moon and the sun. And the moon wanted to come out during the day, but there was something so much brighter that seemed to fill up all those hours. The moon grew hungry, thinner and thinner, until she was just a slice of herself, and her tips were as sharp as a knife. By accident, because that is the way most things happen, she poked a hole in the night and out spilled a million stars, like a fountain of tears.

Horrified, the moon tried to swallow them up. And sometimes this worked, because she got fatter and rounder... But mostly it didn't, because there were just so many. The stars kept coming, until they made the sky so bright that the sun got jealous. He invited the stars to his side of the world, where it was always bright. What he didn't tell them, though, was that in the daytime, they'd never be seen. So the stupid ones leaped from the sky to the ground, and they froze under the weight of their own foolishness.

The Cult - Brother Wolf, Sister Moon
Posted by Miky at 22:32 No comments: Links to this post

My Loneliness by Firewind

"What lips my lips have kissed, and where, and why, I have forgotten, and what arms have lain under my head till morning, but the rain is full of ghosts tonight, that tap and sigh upon the glass and listen for reply. And in my heart there stirs a quiet pain for unremembered lads that not again will turn to me at midnight with a cry. Thus in the winter stands the lonely tree, nor knows what birds have vanished one by one, yet knows its boughs more silent than before: I cannot say what loves have come and gone, I only know that summer sang in me a little while, that in me sings no more."

"It seems to me that almost all our sadnesses are moments of tension, which we feel as paralysis because we no longer hear our astonished emotions living. Because we are alone with the unfamiliar presence that has entered us; because everything we trust and are used to is for a moment taken away from us; because we stand in the midst of a transition where we cannot remain standing. That is why the sadness passes: the new presence inside us, the presence that has been added, has entered our heart, has gone into its innermost chamber and is no longer even there, - is already in our bloodstream. And we don't know what it was. We could easily be made to believe that nothing happened, and yet we have changed, as a house that a guest has entered changes. We can't say who has come, perhaps we will never know, but many signs indicate that the future enters us in this way in order to be transformed in us, long before it happens. And that is why it is so important to be solitary and attentive when one is sad: because the seemingly uneventful and motionless moment when our future steps into us is so much closer to life than that other loud and accidental point of time when it happens to us as if from outside. The quieter we are, the more patient and open we are in our sadnesses, the more deeply and serenely the new presence can enter us, and the more we can make it our own, the more it becomes our fate." 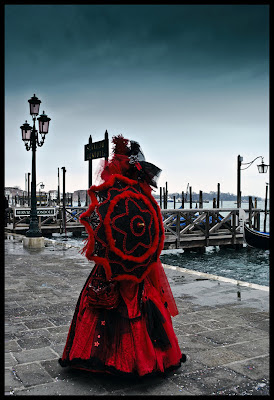 Posted by Miky at 00:15 No comments: Links to this post

There is a loneliness in this world so great that you can see it in the slow movement of the hands of a clock.

People so tired, mutilated either by love or no love.

People just are not good to each other one on one.

Our educational system tells us that we can all be big-ass winners.

It hasn't told us about the gutters or the suicides.

Or the terror of one person aching in one place alone, untouched, unspoken to watering a plant.

Posted by Miky at 22:39 No comments: Links to this post

In 1889 Munch made a conscious decision about his art and wrote his own manifesto, he wanted only to paint living human beings, who breath and feel, suffer and love. What he meant was about to be shown in the Scream.


The idea emerges slowly, taking shape trough a number of sketches and paintings of an empty out world.

Munch began sketching a lonely figure walking down on a deserting road, in a vast landscape. 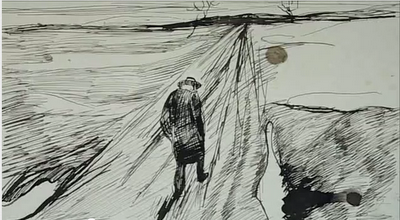 In another sketch, the isolated figure appears wearing a top hat and leaning over railings looking out to the water and a single ship. This is the scene described by Munch on his diary of 1892. 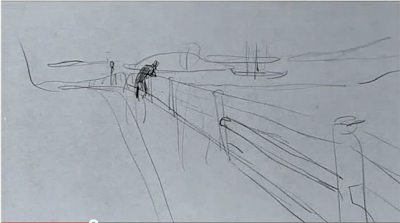 A lot of people assume that the Scream was done in a state of seizure, but the paint was made quite professionally, it took around three years to be developed.

The figure looking over the railing was itself reworked, eventually in a painting now known as Despair. 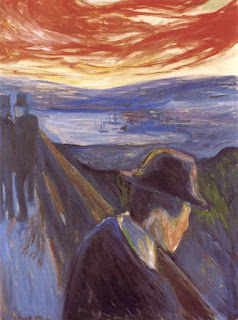 Munch has brought the melancholic figure right to the foreground, behind him blood red clouds mix up with the vicious yellow sky. The Despair was described by Munch himself as the first Scream. Further versions of Despair showed no progress, but finally in 1893 Munch produced a pastel drawing on a cardboard which recorded a far more shocking scene. 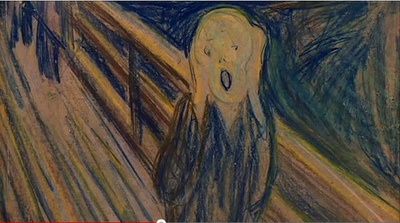 The moody male from the original drawing is gone, now there is a strange figure of uncertain sex staring open mouth directly at the viewer.

In the final composition the figure is even less human, and twists like a worm in the curves of the landscape. Munch had painted a spiritual experience.

It is like psyche kind of self portrait, it is not like he would look at himself at the mirror, but the way he felt - his mind and his body. He found an universal image for this terrible feeling. 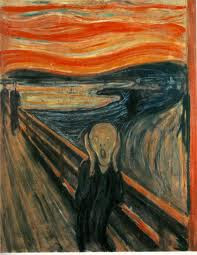 Posted by Miky at 20:54 No comments: Links to this post

Within the realm of dying sun ...

"I woke up as the sun was reddening; and that was the one distinct time in my life, the strangest moment of all, when I didn't know who I was - I was far away from home, haunted and tired with travel, in a cheap hotel room I'd never seen, hearing the hiss of steam outside, and the creak of the old wood of the hotel, and footsteps upstairs, and all the sad sounds, and I looked at the cracked high ceiling and really didn't know who I was for about fifteen strange seconds. I wasn't scared; I was just somebody else, some stranger, and my whole life was a haunted life, the life of a ghost."

Dead Can Dance - Persephone
Posted by Miky at 21:53 No comments: Links to this post