Built more than 1800 years ago, the magnificent Pantheon building still stands as a reminder of the great Roman empire. 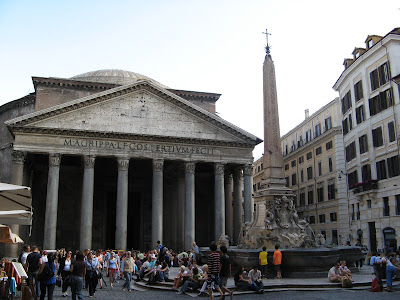 With its thick brick walls and large marble columns, the Pantheon makes an immediate impression on visitors. At the time the building was built, the most remarkable part of the it was the 43 meters high dome. It was the largest dome in the world until 1436 when  Florence Cathedral was constructed.
At the top of the dome is a large opening, the oculus, which was the only source of light. 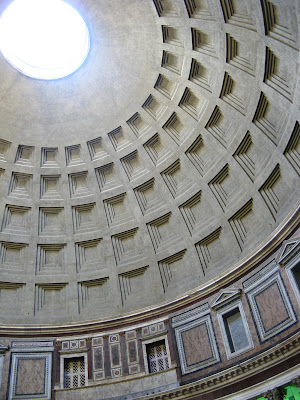 The front portico has three rows of 8 columns, each one with a diameter of 1.5m. A huge bronze door gives access to the cylindrical building.
Interior
Originally it was  a temple for all pagan gods, converted into a church in 609. The Pantheon now contains the tombs of the famous artist Raphael and of several Italian Kings. Its ecclesiastic interior design contrast with the temple's structural design, but the marble floor - which features a design consisting of a series of geometric patterns - is still the ancient Roman original. 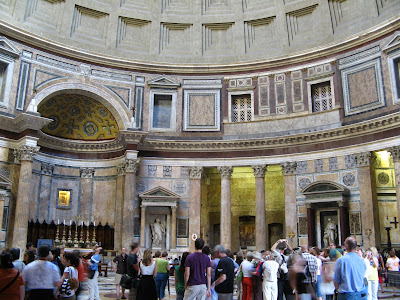 The Pantheon borders the Piazza della Rotonda, a rectangular square with a central fountain and obelisk. The often crowded square is situated in the historic center of Rome, not far from the Piazza Navone, one of Rome's most beautiful squares. 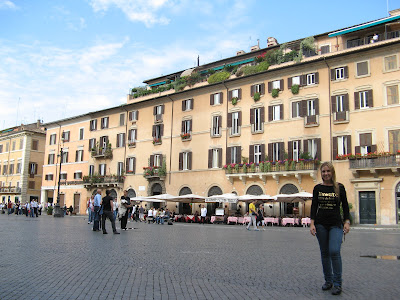 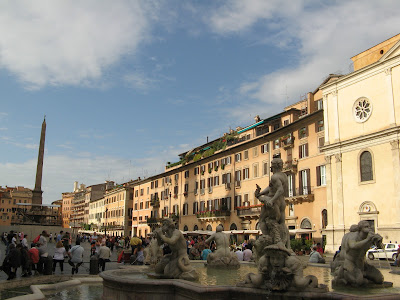